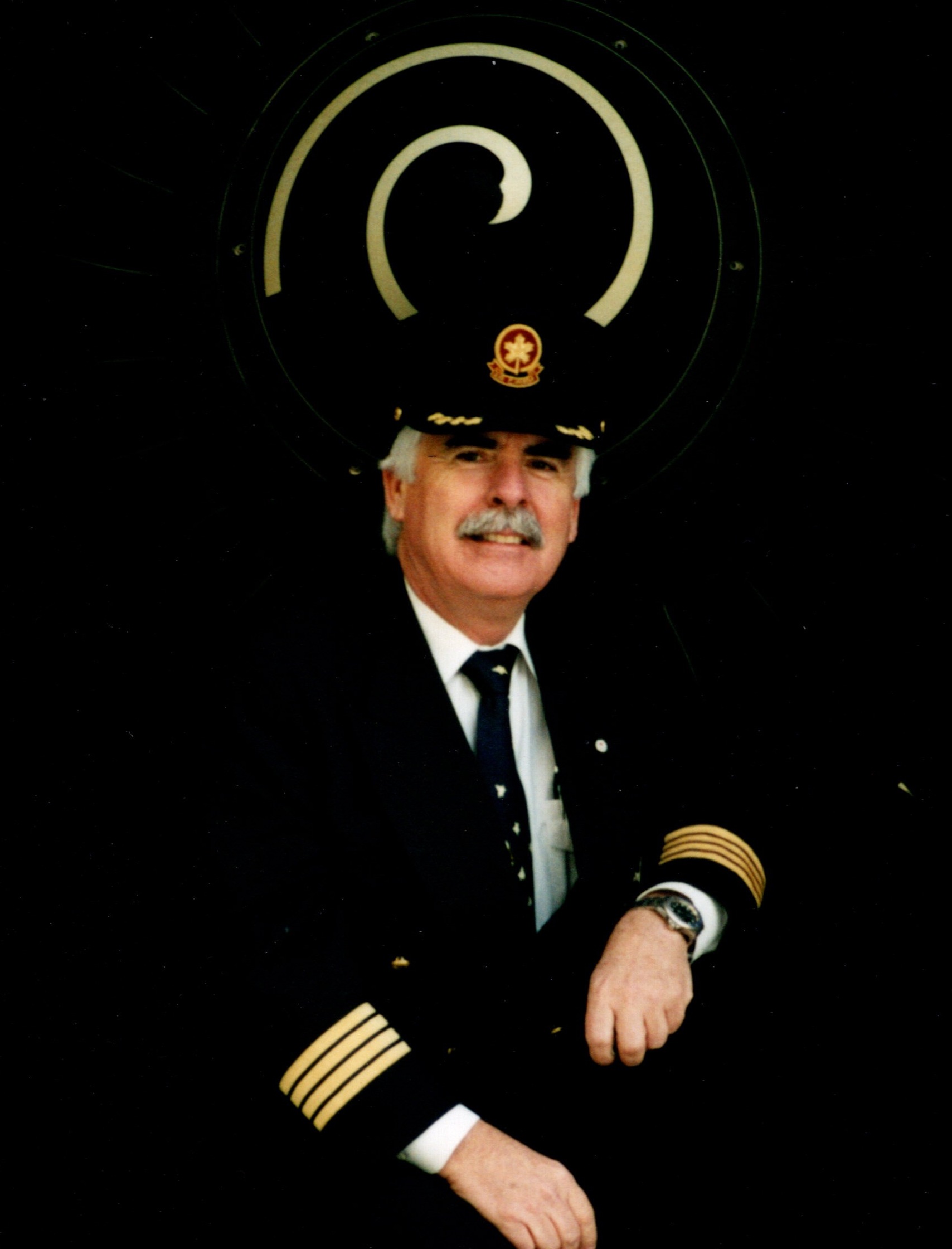 With deep sadness we share the news that Hebb passed away on Wednesday, September 14, 2022 after a long and courageous battle with Myelofibrosis, his beloved wife of fifty-one years, Eleanor and their children and grandchildren by his side.

Hebb was born in Vancouver, B.C. when Herb was still flying in the RCAF as a Blenheim bomber pilot but would soon join Trans Canada Airlines (Air Canada) leading to many moves across Canada with Hebb attending numerous schools, graduating in Montreal, and then attending the Montreal Institute of Technology, which led to work as a mechanic for Cambridge Motors and Peter Keith Racing. A career in flying called and Hebb acquired his commercial pilot’s licence in Picton, Ontario, and was then hired by Air Canada in 1967 where he flew for 37 wonderful fulfilling years. Hebb met the love of his life, Eleanor, when she was a flight attendant with Air Canada and they eventually settled in L’Orignal, Ontario, renovating a heritage home on the Ottawa river.

In retirement Hebb became very involved with the local flying community, sharing his passion of flying with anyone who would lend him an ear. His bright red Taylorcraft airplane could often be seen with wheels in the summer and skis in the winter when the Ottawa river was frozen. Hebb proudly flew for Vintage Wings of Canada where he piloted the Fleet Finch during airshows, amazingly the exact aircraft that his father flew in 1940 as an Ab Initio RCAF Pilot. Hebb also used his many years of aviation and common-sense nature when he sat on the Aviation Transportation Tribunal and then as an aviation consultant in the TV series, Mayday.

Hebb had many hobbies that benefited from his natural ability as a mechanic and craftsman, spending many hours restoring cars, aircraft and boats and wood carving.  He spent endless hours in his shop with granddaughters, Nora and Georgia, memories that they will cherish forever.

Hebb loved the outdoors, hunting local boar with dear friends, hiding in cornfields to hunt geese and of course his cherished fishing trips to Labrador with his special fish camp friends.

Hebb’s medical condition during Covid prohibited travel and so his siblings and mother relied upon Facetime and Zoom calls to stay connected. Hebb’s cheerful and brave demeanor in the face of his health challenges was an inspiration to them and will forever remain so.

Hebb and his family are thankful for the vital care given to him by Dr. Di Cintio, Dr. Villeneuve and the MDU nurses at HGH.

Family and friends are invited to attend a Funeral Service at Knox Presbyterian Church 29 High Street, Vankleek Hill, Ontario on Friday, September 30, 2022 at 11:00 am. Followed by a Celebration of Hebb's Life at La Cité Golf Club, 850 McGill Street, Hawkesbury, Ontario.

People wishing to honour Hebb can donate to the Hawkesbury General Hospital Foundation, 1111 Ghislain Street, Hawkesbury, ON K6A 3G5 or give blood at any clinic of your choice would be greatly appreciated. To express your condolences or make a donation please visit www.hillcrestfuneralhome.ca

A Tree of Remembrance for Hebb will be planted in the McAlpine Forever Forest, Vankleek Hill.

Share Your Memory of
Hebb
Upload Your Memory View All Memories
Be the first to upload a memory!
Share A Memory