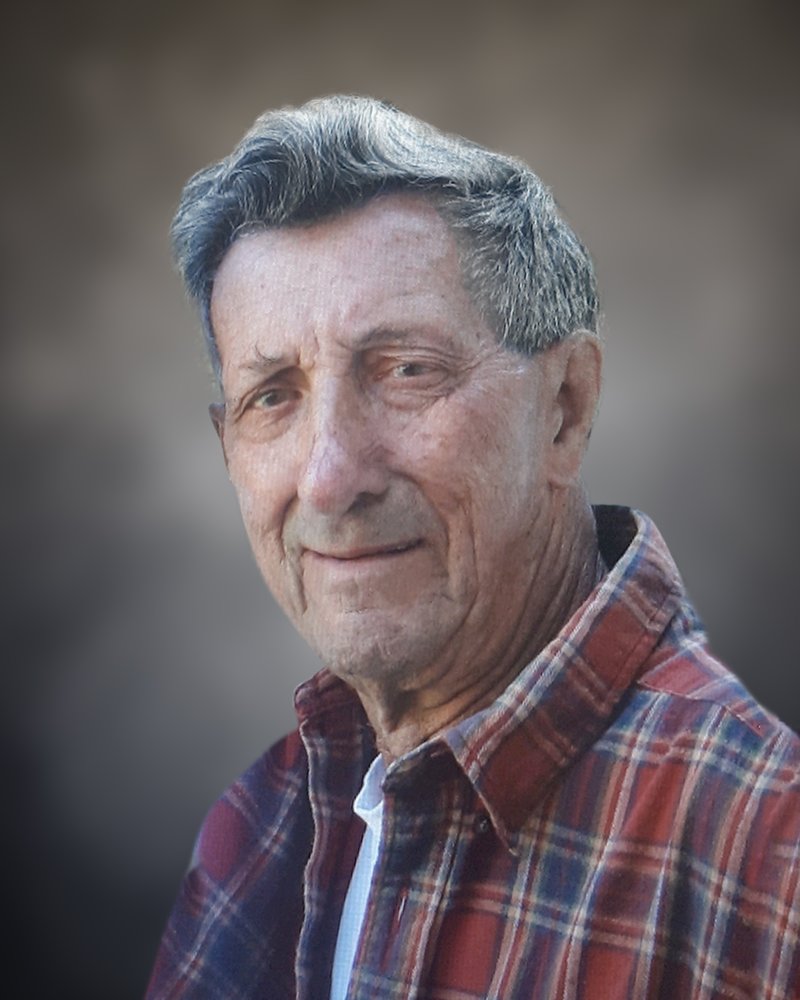 You could read quite a story in the callouses and lines

Years of sacrifice and work  had left their mark behind

We always will remember the love and strength in daddy's hands

In the forest that is our family, the mightiest of trees has fallen…

It is with profound sorrow that we share news of the passing of our father Gerard “Gerry” Fauteux – a man respected and loved beyond measure until his final breath in the early morning of October 15, 2020 at 92 years of age.

Dad was a pillar of strength, steadfast and firmly-rooted. Tireless, with sun-worn skin and expansive hands exceeding his stature, he made it his life's work to shelter and provide for those he loved.

Family was his source of happiness and working for his family, no matter how back-breaking the task, every day without exception, a source of profound contentment. This, he understood, was the role of a husband and father.

Good natured and kind, fair, quiet and unassuming, easy to please and quick to forgive our mistakes, dad was selfless and dependable, never asking for any recognition in return. Having us around him, he would say, was the best gift he could ever enjoy. And so he’d ask for nothing else, even when we begged for ideas on Father’s Day, Christmas or for his birthday.

If he did take pride in anything, it was in his four daughters. He was proud of their achievements growing up and of the women they became, which he credited entirely to mum.

Dad’s life seems to have been interwoven with links to the forest, to trees, and even to the Canadian founders’ tradition of logging.

Dad left school in his early teens, to help at his uncle’s logging camp.Waking up at dawn, he would saddle up a team of horses and drive to the forest for a full day of splitting logs.

He once told us about a time when work at the camp had ended early and he and others had seized the opportunity to play “cowboys and robbers” before settling the horses down for the night -- little boys in grown man jobs, enjoying a rare moment of childhood recreation.

In the backdrop to his day job (first as a driver, then as a manager for Taggart Transport a stone’s throw from where we lived), dad spent time logging on the Ottawa river behind our home. When that practice ended, he still continued to chop, split and pile cords upon cords of firewood, well into his late 70s.

Dad’s capacity for hard work was unparalleled. Even as his body weakened, his hands could be seen performing unseen tasks, his mouth mumbling about logistics in his sleep.

Watching him in awe, we remembered how he had cared for his own father in his final years. “Your grandfather,” he would say “…now there is a man.” At the time, our young minds could not reconcile that statement with the frail quiet man before us. But now we understand. Here was a man, among men.

Dad was 28 when he married the love of his life, Elizabeth (Betty) Duffy. Together, they built our family home. Soon, 4 daughters would follow. First Yvonne (Jeff Weissman) whose untimely death in 2008 left a wound in our parents’ hearts that never healed.  Next, came Liz (Elizabeth), Yvette (Ken Gray), and Anita (Bruce Stuart) – and the reward of grandchildren, beginning with Yvonne’s daughter Jessie, followed by Kaitlin (Joshua Hambleton), Cassandra (Matt Rozon), Russell, Samantha and Allison who all adored their devoted Poppy and brought him such joy. In his last years, he was surrounded by a new generation -- great grandchildren, Eva and Charlie (Rozon), and Hudson (Hambleton) and was eagerly awaiting the birth of Katie and Josh’s daughter in December.

Dad lived a simple, joyful life with deep Faith and without fear, certain of what awaited him on the other side.

Though the mighty oak has fallen, it has cleared a path for bright rays of sunlight and the warmth of a lifetime of cherished memories to come flooding through. We were blessed indeed.

Rest peacefully daddy, ‘til we meet again. Your work here is done.

He is predeceased by sisters Claudette, Florence, and Eliette, brothers Gilles, Jean-Maurice, Aurele and Ovila as well as brother Michel.

Our family wishes to thank Dr. Valéry Rossbach for his care and devotion to both of our parents. We will be forever indebted to him, to the health care teams at the Hawkesbury General Hospital, the Champlain Local Health Integration Network, Bayshore, Revera and Saint Elizabeth as well as to the incomparable team at Le Manoir Rockland, for helping us ensure dad was always surrounded by love.

Finally, we wish to express our deepest gratitude to family, friends and colleagues whose compassion has sustained us. Without your support, we could not have given our parents the attention and dignity they so richly deserved during the most challenging and final chapter of their lives.

Share Your Memory of
Gerard
Upload Your Memory View All Memories
Be the first to upload a memory!
Share A Memory