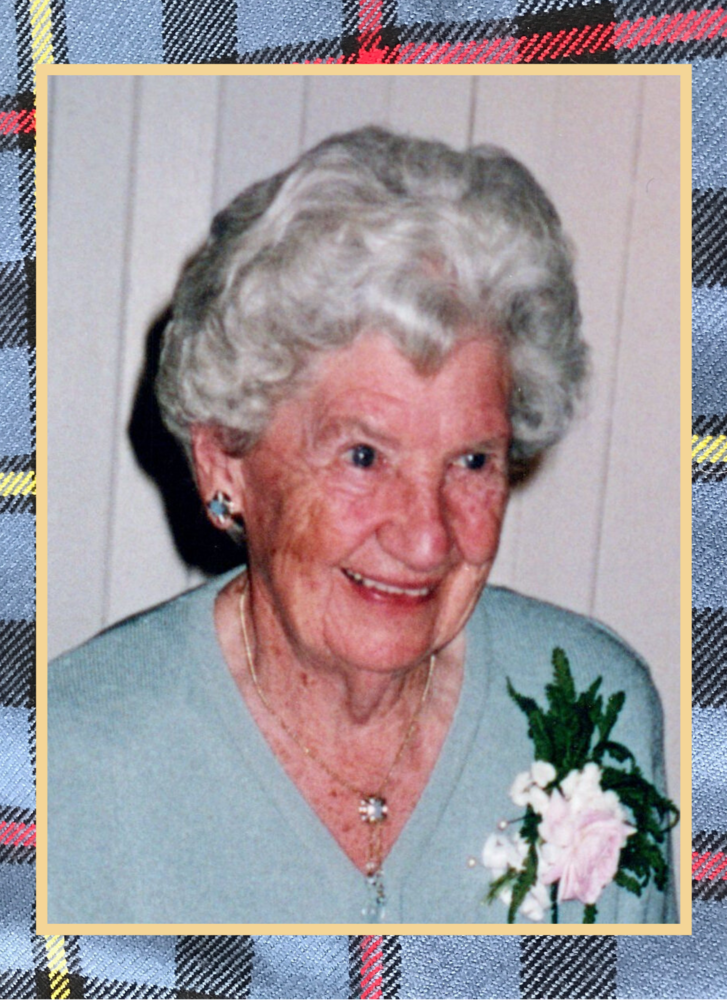 A Private Family Service will take place. Interment will be held at a later date in the spring.

Interment will be held in the spring at Kirk Hill United Church, Cemetery.

Peacefully at the Palace Nursing Home in Alexandria, Madeleine passed away at the grand age of 102.  Madeleine grew up on a farm near McCrimmon Corner. She was predeceased by her parents Donald James McCrimmon and Kate Ann MacLeod, her two younger siblings Kathleen and John Naughton, and her sister-in-law Dorothy (Anderson).  Madeleine was the much loved aunt of Ann (Paul McKinnon), Florence (Jeff Boyd), Donald, and Mary (Kevin Leduc). She was the special great aunt of Danielle and Rachael Boyd, and Madeleine and Michael Leduc.

Like her mother and sister, Madeleine chose a career in education and began teaching in the one room school houses at S.S. #1 Lochiel and Cassburn.  Madeleine ventured to the Toronto area and continued teaching at secondary schools in the Waterdown, Fergus, Pickering and Scarborough regions. While teaching, Madeleine continued to study at Cornell University and earned her BA degree from Queen’s University.

In her retirement years, Madeleine returned to the area and developed her passion researching her Scottish heritage and ancestral roots.  She devoted much of her time to the Clan MacLeod Societies of Glengarry, Ottawa and Central Ontario. Madeleine proudly researched and co-authored “Lochinvar to Skye 1794 -1987” book with her cousin Donaldson MacLeod.  She was a devoted member of Kirk Hill United Church. Madeleine was a wonderful story teller and she enjoyed travelling and gardening in her free time.

To express your condolences, send flowers, make a donation or plant a “Tree of Remembrance” for Madeleine, please visit www.hillcrestfuneralhome.ca

Share Your Memory of
Madeleine
Upload Your Memory View All Memories
Be the first to upload a memory!
Share A Memory