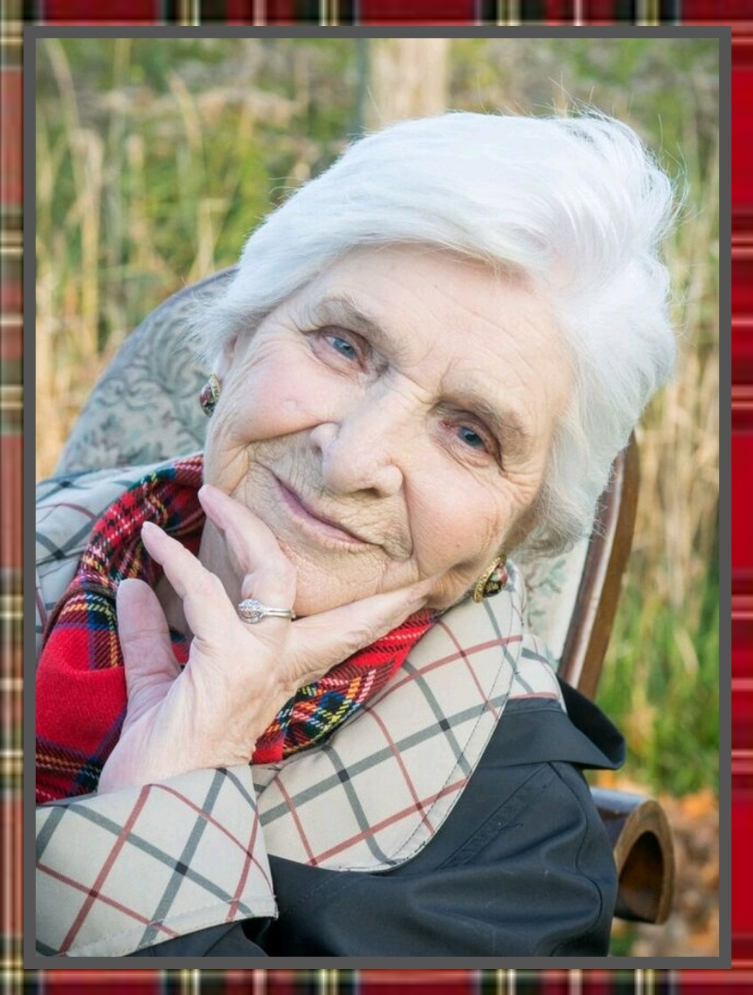 A private family farewell will be held

" I did then what I knew best;when I knew better, I did better”  ~ Maya Angelou

There goes our everything…

It is with the deepest sorrow that we share news of the passing of Elizabeth (Betty) Fauteux (nee Duffy) in the early hours of January 30, 2019, in the arms of her loving family.

Betty was the loving wife and partner of 63 years to Gerard Fauteux, her best friend and pillar of strength. She was the loving mother and staunch supporter of (late) Yvonne (Weissman), Elizabeth (Liz), Yvette (Ken Gray) and Anita (Bruce Stuart) – whom she considered her pride and joy – and considered herself blessed to be the grandmother (and loving Didi) of Kaitlin, Cassandra (Matt, wee Charlie and Eva), Russell, Samantha, Allison and Jessie.

With her Scottish lilt, quick wit and pretty voice, mum filled our lives with songs, sayings and unwavering support. She taught us by example how one can overcome the harshest of obstacles, how to value and believe in ourselves and to stand up for what is right and what is deserved. She surprised us with random acts of kindness, hidden notes and had special rituals and traditions unique to each of us. She had compassion for the disenfranchised and was fully invested in the happiness of her family, which she placed far, far ahead of her own.

Betty was born in Motherwell, Scotland to Annie (nee Houston) and John Duffy, She is predeceased by her devoted twin Jim – whose loss in April 2017 (along with the untimely passing of her firstborn daughter Yvonne in 2008) she still mourned every day, and siblings John, Peter and Jenny (Janet McAleenan) of Scotland as well as Annie (Watson) Molly (Archibald), Rose (Hope) and Edward (Eddie) from Toronto, leaving sister Ella (Benson) of Woodstock, Ontario as the only remaining member of their original Duffy clan. She is mourned by many special nieces and nephews in Canada and in Scotland, whose kindness and attentiveness she cherished.

Mum was blessed to receive care and support from Dr. Valéry Rossbach, her family physician who cared for her as he would have his own mother and reached out by telephone in the hours before her passing in Ottawa with a personal message of love.

Over the past 3 months, mum became a frequent patient of the Hawkesbury General Hospital and began receiving support from the Bayshore and Revera agencies.  We will forever be grateful for the healing love and attention they gave her.

Her last hours were spent in the highly skilled hands of the Ottawa (Civic) Hospital’s Stroke Team who deployed heroic efforts on her behalf and who, along with their colleagues in the Intensive Care Unit, supported our entire family through each stage of the journey.

Her final care has been entrusted to the Hillcrest Funeral home family, who have provided tender attentiveness and will facilitate a private family farewell.

Those lucky enough to be loved by Betty Fauteux Duffy are left with the indelible impression of her soft healing hands, the memory of her unique blue eyes and hearts full of the broadest array of special memories. They know that even death will not interrupt her profound devotion and support. As she has always said “Look over your shoulder, I’m walking behind.”

The Betty and Gerry Fauteux family will forever be indebted to the caregivers mentioned herein and to family, friends and colleagues who have reached out with words of support and compassion.

Share Your Memory of
Elizabeth
Upload Your Memory View All Memories
Be the first to upload a memory!